THE VOICE OF REBELLION 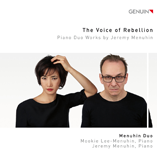 Suite for 2 Pianos in the Baroque Manner

Suite for 2 Pianos in the Baroque Manner

Variations on an Original Theme for 4 Hands

The temptation of a pianist to transcribe some great work for his instrument is almost unavoidable. Hearing the sextets played in our living room in Gstaad by my father Yehudi, Alberto Lysy, Cecil Aronowitz, Ernst Wallfisch, Maurice Gendron and Marius May made an indelible memory. Soon I discovered that a mere transcription seemed unjustified, as, unlike in Beethoven’s time, we have no need to use the piano to introduce audiences to works The recording has long since taken over that role.

I decided to improvise the repeat of each variation in my manner, nonetheless adhering strictly to Brahms’ structure. Obviously, the range of the piano allows many high and low notes to be sounded that cannot be heard on string instruments.

In the D minor movement of the First Sextet, I followed Mookie’s advice and used the theme from the variation in the major key to write a fugue.

About SUITE for Two Pianos in the Baroque Manner (2016):

The Suite in the Baroque Manner was my first venture into writing without reference to any other composer.The opening subject of the prelude announced itself one morning, and from then on I proceeded, rather obsessionally, to adhere to the rules of counterpoint. This in no way curbed my freedom, but, quite to the contrary, enabled me to find a secure foothold. C major was the tonality that surfaced in the Prelude and Fugue, despite, somewhat unconventionally, all four subsequent movements being in C minor. The Picardy third insisted on making an appearance at the end of the work, thus justifying the original key.

The titles of the movements coincided with the subjects, although, apart from the fugue, I did not set out to write a sicilienne or an invention.

A violinist friend, Henning Kraggerud, liked it enough to want to perform it as an encore after a performance of the First Sextet, so I rewrote it for six strings and added another variation.

At first a somewhat gloomy introduction emerged, before the appearance of any main subject. All of a sudden a theme in F-sharp minor, sounding rather Russian, hove into view, followed by a second and a third theme, then a fugue based on the main melody with inversions of subject and countersubject, followed by variations of all three themes. The harmonisation of the second theme was problematic, and required much reworking.

VARIATIONS ON AN ORIGINAL THEME FOR FOUR HANDS ( 2017):

This piece contains a few, largely coincidental, references to the last movement of Brahms Fourth Symphony. It just happened that the first four notes of the theme were reminiscent of, but not identical to, the opening bars.Similarly, the theme lent itself to another citation, that of the Sarabande in Bach’s Cello Suite in C minor.

The repeated interludia provide relief from a melancholy atmosphere. They turned out to be baroque in style, despite the overriding 19th century harmonies of the main work. Towards the end of the last interludium I combine the two elements, the original theme and the baroque leitmotif. 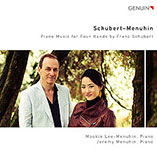 Schubert-Menuhin, Transcription and Arrangement for 2 Pianos of the variation movement from the Quartet, ' Death and the Maiden' ( 2016) 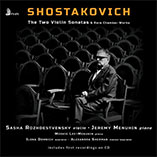 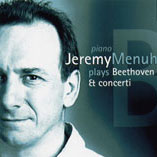 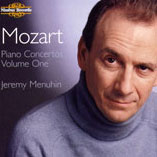 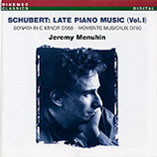 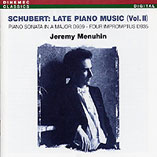 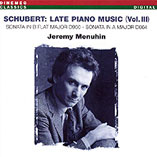 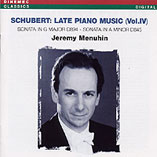 and other works
EMI 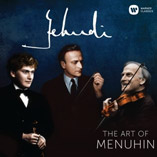 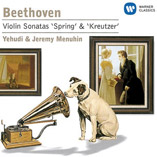 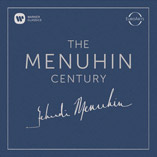 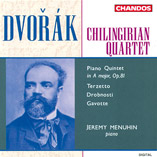 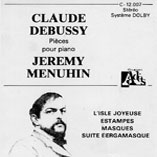 BEETHOVEN: PIANO CONCERTO NO 3 AND SONATA NO 13 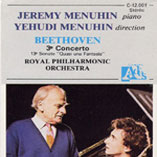 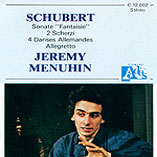 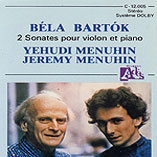 This website uses cookies to improve your experience while you navigate through the website. Out of these cookies, the cookies that are categorized as necessary are stored on your browser as they are essential for the working of basic functionalities of the website. We also use third-party cookies that help us analyze and understand how you use this website. These cookies will be stored in your browser only with your consent. You also have the option to opt-out of these cookies. But opting out of some of these cookies may have an effect on your browsing experience.
Necessary Always Enabled
This is an necessary category.
Analytics
Analytical cookies are used to understand how visitors interact with the website. These cookies help provide information on metrics the number of visitors, bounce rate, traffic source, etc.
Advertisement
Advertisement cookies are used to provide visitors with relevant ads and marketing campaigns. These cookies track visitors across websites and collect information to provide customized ads.
Save & Accept